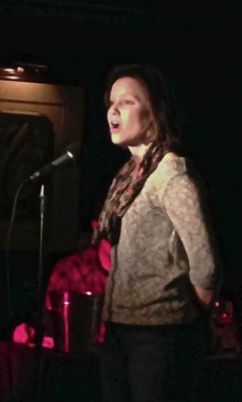 All my life I have been building: making plans, gaining knowledge, forming relationships, accumulating possessions. But for nine years there has been an insidious black mold in the foundation of my life’s structure that undermines everything I pile on top of it. My vice goes by a lot of names but you could call it perfectionism, insecurity, avoidance, addiction, an inability to cope.

For years, anything I didn’t like about myself or couldn’t handle got pushed down into a place where I wouldn’t have to deal with it. In time I created a “me” that was completely separate from the person I showed to the world. I had an entire hidden life.

I tried everything to cure myself of my problem: medication, therapy, rehab, self-interventions. Nothing fully eradicated it. And then, because I couldn’t fix it, I ignored it. But problems do not solve themselves and, untended, a cancer grows. Eventually it spread beyond containment.

About a year ago, I realized how fully this illness had saturated every fiber of my life. I felt I had no choice but to deconstruct, to tear down the precious framework of my life until I reached a level where the decay could be completely and utterly eradicated.

First went my marriage. It wasn’t my husband’s fault, but our relationship was deeply intertwined with my illness. It seemed that there simply wasn’t the space within our marriage for me to make the fundamental changes I needed. Losing my husband meant losing my best friend, the life we shared, our friendships, our families, our apartment and many of my possessions. My world got smaller. Then, almost immediately after, I was in a car accident. The seatbelt snapped my sternum, damaged my lungs and broke 4 ribs. All through last winter my world narrowed into an even tinier space of working, sleeping, eating and healing.

With the spring I felt new again, I began to think about my future, to build again. I thought it was over. But it wasn’t gone, it was merely smoldering beneath

“Hadn’t I given up enough? Apparently not. I went into demolition mode: I quit my job, said goodbye to my life in New York City and set off to the woods. I felt my only choice was to truly go down to basics: just myself, nature and whatever I could carry on my back. This was not to be an escape but a reconciliation, a chance to face the parts of myself I had avoided for so long. I vowed I would not return until I was cured. I would not build again until the foundation was sound.

One day on my hike, I crossed through a place called the Jordan River Valley. It was here that I passed over the 45th parallel, the midway point between the equator and the North Pole. In this holy place I baptized myself into a new life, a life finally free of the illness that had dogged me for so long. I cried tears of gratitude and joy. It was finally over.

But, again, it wasn’t over. I cannot believe how many times I’ve learned this lesson- that I am a worthy adversary to myself. There will be no silver bullet for me, I am not “cured.” Even after that symbolic re-birth, even after everything I’ve given up, even after 700 miles of backpacking alone, my demons still chased m. I guess I learned that you can’t schedule an epiphany. Things happen in their own time and in their own way. I am almost embarrassed that I naïvely believed that I could cure myself by force, but I don’t regret trying. When you have a problem that must be solved there is no choice but to fight it in every way you can.

I haven’t told you yet what “it” is. And in a way, it doesn’t matter, I realize now that everyone has their own vices, their own struggles. But then again, it kinda really does matter. I have spent so much time hiding from this problem and pretending that it didn’t exist that all I need now is to finally face it. So I’ll tell you: my vice is bulimia.

I know that someday I will be able to look back on this problem, to say that I had an eating disorder, and I can’t wait for that time. But I know that I won’t get there by removing my flaws, but by learning to accept them. I will build a new life that is stronger than the one I had before because it is based on a complete version of myself, not just the parts I like.