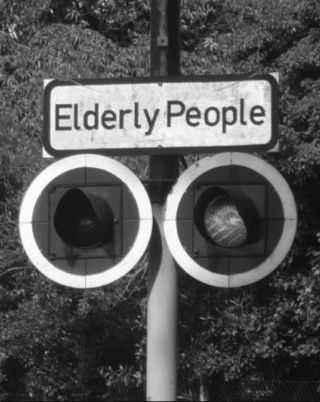 In 1994, Nelson Mandela became the first black president to lead the nation of South Africa. His election marked the end of the racist Apartheid system, and his party was the African National Congress, the ANC. In the years since, the ANC has never lost the presidency, though power has been passed down to 4 different men over that time. For many South Africans, the ANC is synonymous with freedom from apartheid, and they will support it unwaveringly for life. To them, the choice at the voting booth is not between one party or another in a free South Africa, but between their liberators and Someone Else, and that is really not a choice at all.

Inevitably, security breeds complacency, and in the absence of real competition, the ANC has become a little too comfortable. It has ceased to earn its position of power: economic disparities in South Africa continue to be extreme and are barely improving, AIDS rates are soaring while similarly vulnerable countries have managed to reduce them. Since the divine-like figure that was Mandela, the ANC has been led by men who are at best incompetent, and at worst negligent. Rapists, arms traders, money launderers, AIDS-deniers, these are the faces of the ANC.

Once upon a time, the ANC deserved its good reputation, but a political party is not a static body. While the name has stayed the same,the quality of its contents has degraded beyond recognition.

In the state of Michigan, most residents of a certain age have a tendency to cringe at the mention of “Detroit.” The word conjures memories of a city in flames, a great loss and embarrassment, a place to be avoided at all costs.  Their associations run deep and are unlikely to ever change. But how can the city revive if everyone hates it so? It never could.

What will it take for the ANC to become a competent party? What will it take for Detroit to make a come-back? The answer to both questions is the same: young people with short memories. Each year, more people reach voting age in South Africa, people who do not equate ANC to freedom, people who will require their elected officials to earn their vote. Similarly, every year more young Americans look for a new place to call home, people who do not carry the burden of a deeply ingrained negative association with the city of Detroit. Even though these young people have learned about the past and know the opinions of their elders, they simply don’t have those strong visceral metaphors: ANC is liberation, Detroit is wasteland.

These people will be freer to make the best choice for today without being driven memories that are increasingly irrelevant. Young South Africans will be less forgiving of ineptitude, they will demand more of the ANC or cast their vote with someone else. Young Americans will be more open-minded about what Detroit could be, beyond what it currently is. Naive positivity can become a self-fulfilling prophecy.