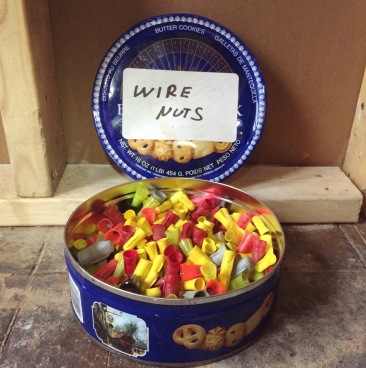 I think of my dad as an accidental feminist. He has five daughters, so he didn’t have much of a choice. With that gender distribution, it was inevitable that he would witness his female progeny carry out multiple acts of intelligence and feats of competency. Practicality alone led him to avoid “traditional” paths wherein each daughter must find a man to provide for her.

Maybe that’s why my sisters and I were building rockets to launch in the park at age 6, and mowing the lawn at age 9, and filling out the bubbles of standardized tests in order to go to “nerd camp” at age 12. Like any good parent, Dad felt good when his kids did well, and he and Mom gave us lots of settings to achieve in.

Often times, though, this meant that spending time with Dad felt a like completing a chore. Sure, it was nice to finally solve the physics problem, and I was lucky I had someone to ask for help, but that doesn’t mean I was having fun. My butt left the chair as soon as I made my last pencil stroke. “Thanks and byeeeeeee!”

Dad didn’t lay it on too thick, but there was something about the way he would tell me to “Excel today!” when I left for the school bus that embedded itself deeply in my mind. I wanted (or needed) very badly to make him proud.

When it came time for college, I majored in engineering, just like he had. I was succeeding at making him proud, but I was starting to understand that didn’t necessarily make me happy. I remember thinking longingly about all the other college courses I was actually interested in and staring blankly at my own schedule. I wanted to switch majors but Dad’s mostly-unstated expectations were a powerful force.

I graduated, I got married, and I got Dad’s blessings at every step of the way. I think he was mentally checking off the boxes for each of his kids and, after no small labor, he was done with me.

I could see the worried look on Dad’s face, like he was taking out that pencil and erasing one of the answers he thought he’d gotten right.

A lot has changed since those years. I have let myself explore the broader dimensions of my interests and abilities, and I am now a housing counselor, a writer, a singer, and an activist. I bought a 100-year-old house in Hamtramck, and it was good enough to live in and be comfortable, but it needed a lot of work, and I needed my dad to help me do it right.

For years, I have been uncomfortable with the automatic respect I am given when people learn I am an engineer. I don’t feel I have earned it. The truth is, that I am good at solving problems on paper, but I really don’t know how to build or repair much of anything. What happens when you run out of story problems and it’s time to do the work?

Almost every Saturday through the winter of 2016, Dad would take the hour-or-so drive to my house, sometimes dragging a trailer full of lumber or meeting me at Home Depot. We reinforced sagging beams in my ceiling, pulled out ancient electrical wiring, laid tile I found on the side of the road, hung drywall, and built a brand new tiny bathroom for my ground floor. Then we took a saws-all to the stupid wall that separated my stupid kitchen from the stupid room next to it and created a magically larger space.

We were a good team! There was none of that sharp frustration I used to feel when Dad and I did homework together. This time, I actually wanted to learn what we was teaching me, and I was extremely grateful for the chance to do it together. I didn’t expect him to be a patient as he was, or as eager to explain the What and the Why. We worked things out together and I knew I was actually contributing. I loved the way he said “Michele” or “Micheleabelle” or “Michellio” to draw me back into conversation when we’d been silently working side-by-side for awhile. He was surprisingly patient with my mistakes but would berate himself every time he misplaced something or screwed it up. “You idiot!”

One day, Dad showed up at my house with his bags of tools, as usual, and something else. It was a circular tin that looked like it was left over from a Christmas party. On the outside, a taped-down note said “wire nuts.” I was grinning to myself about this rather interesting manifestation of Dad’s quirkiness when he told me that tin actually had belonged to his father-in-law, my Grandpa Kehl. Grandpa was an electrician and this tin was the equivalent of his spare change jar. Every day, when he got home from work, he’d empty his pockets of un-used wire nuts.

As I pondered that new detail of my history, I began to recall some of the family folklore I’ve learned from Grandma Kehl. For years I have clipped and painted her toenails for her, and she repays me with stories and memories from her life. When Grandma decided to marry Grandpa, her father (my great-grandpa) tried to bribe her with a new car. She declined, and so her father resolved that if his daughter was going to marry this guy, he’d better have a useful trade. So, Great-Grandpa Lapa, who was a teacher at Cass Tech, took it upon himself to educate his future son-in-law how to become an electrician. I barely remember Great-Grandpa Lapa, but I do remember seeing the stacks of “Popular Mechanics” magazines piled up in the garage of his house on Detroit’s east side when I was a little girl. It seems like something my dad would have.

How strange it is that the knowledge and practice of electrical work has twisted like a wire between the generations, linking hopeful fathers-in-law to their new sons in series. When Dad cracked open the tin, the scent was instantly nostalgic, though I don’t know if I’ve ever smelled it before. It was old, and metallic, and potent. We set up the lighting for the new bathroom that day and rummaged around in that cookie tin for a wire nut that was just the right size. It’s a part of my house now.

Nothing about this chapter in my relationship with my dad was inevitable. I went 32 years without learning to do serious home repair, and I’m sure I could’ve let more years pass until Dad was too old or until I found a new partner who would slip into my place on the receiving end of those lessons. If my house was farther away, or if Dad still had other kids at home to take care of, or if I was ever so slightly busier, or ever-so slightly wealthier to be able to pay someone to do the work, maybe this would not have happened. I never would’ve been able to smell the generations wafting off of the spare parts in my old home that my new life is building. Instead, I got a lesson that I actually wanted to learn.

Get your pencil out Dad, I think we got it right this time. 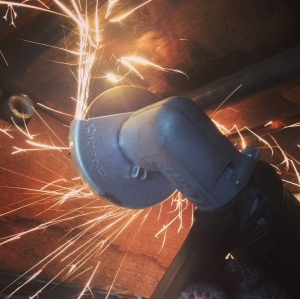 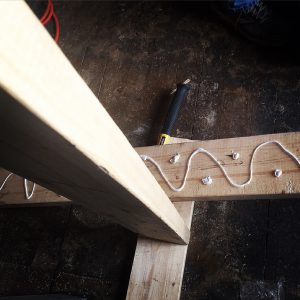 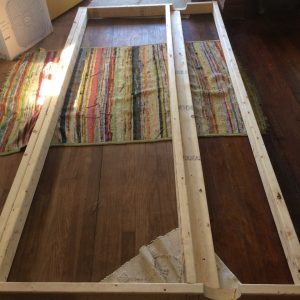 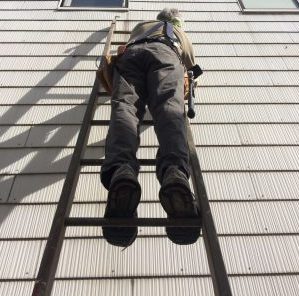 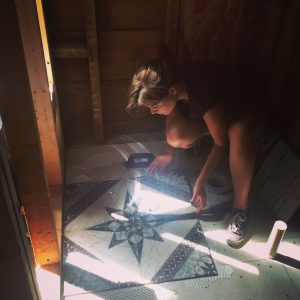 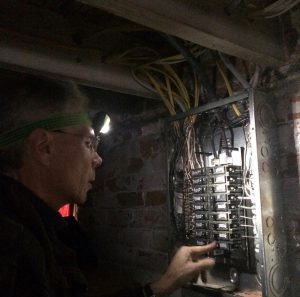 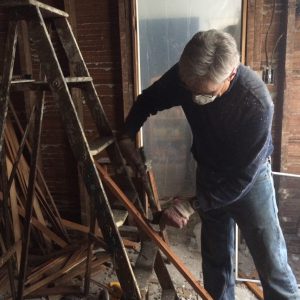 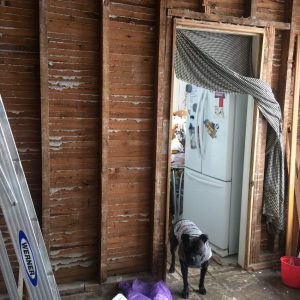 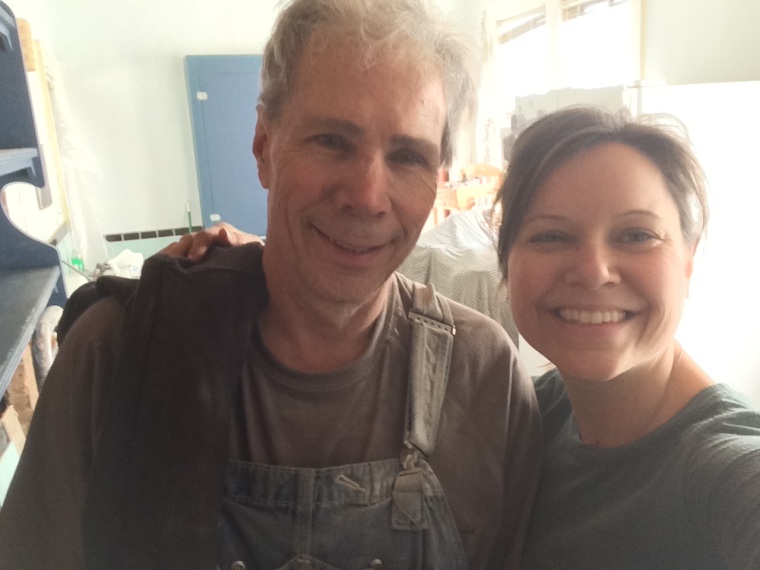 One thought on “Wire Nuts”