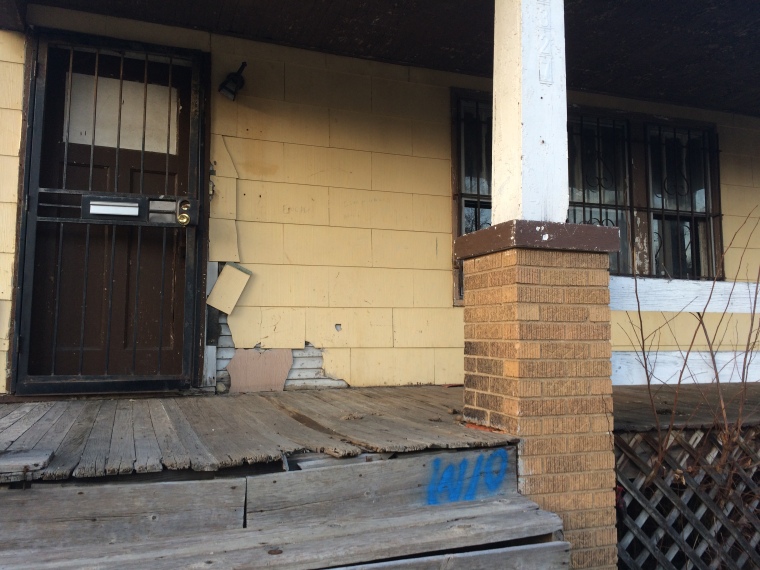 [Originally published by ModelD. All photos depict homes that were occupied when they were acquired by Detroit Land Bank Authority but are now vacant.]

Detroit’s greatest paradox is its abundance of space and its scarcity of quality housing.

The massive stock of single family homes once sustained double the current population. Yet each year, more Detroit homeowners become renters, squatters or altogether homeless. The problem is complex but the solutions do not have to be: what is needed is an immediate, scalable solution that will create stability and an upward trajectory for people, property, and the city at large.

It’s time for Detroit to reinvent urban homesteading by selling homes to their current residents.

The largest holder of public land in Detroit is the Detroit Land Bank Authority(DLBA), which holds title to over 93,000 properties. While DBLA is intended to manage vacant parcels of land and unoccupied homes, they have become the de facto owner of several thousand occupied homes as well. These homes are the low-hanging fruit because they already have someone who wishes to live in them and they are not as damaged as their vacant counterparts, yet DLBA lacks an effective program to transition residents into owners.

To understand the problem, consider the perspective of a person living in a home owned by the DLBA. Most were lawful occupants—including owners or renters—whose homes cycled into public ownership through tax foreclosure. Many of them do not even know who owns their home. There’s a toxic uncertainty that comes from not knowing who owns your home, how long you will get to stay there, or on what terms. While it’s nice not having to pay rent, this situation is tenuous for both person and property.

Basic human psychology dictates that residents in these conditions will withhold emotional and financial investment in their home. A person is unlikely to paint the walls or plant a garden, let alone repair the leaking roof. Occupants of these properties exist in a sort of purgatory until disrepair, inability to access water without a current lease, or fear drives them out. Without a direct path to legitimate occupancy, gentler indirect forces provide a “passive eviction,” leaving residents to scramble for new housing, and vacant homes to join the unabated queue of demolition fodder and scrap material.

To put it bluntly: good things aren’t happening to these houses. Each day that a home remains unoccupied, its chances for recovery diminish as natural and human forces strip it down. In the end, many vacant homes are demolished at a cost of $12,000 per property.

This is why “continuous occupancy” is so important to the viability of a home and a community. Unfortunately, the DLBA doesn’t do enough to intervene and help retain lifelong Detroiters who lose their housing to foreclosure and eviction.

The Detroit Land Bank Authority was formed in 2008 to fill the void of a functioning private market. Ostensibly, it serves as the “owner of last resort” by holding title on blighted or undesirable property until it can be returned to private ownership in accordance with its “highest and best use.” Most DLBA properties are vacant lots or unoccupied homes.

The most successful DLBA initiative is its “side lot” program through which a property owner can buy an adjacent vacant plot of land for one hundred dollars. Lots are sold for $100 regardless of its location, size, or value. This program is simple, universal, and transparent. It does an excellent job in expediting property sale and puts ownership in the hands of one who will care for it and benefit from it the most.

The DLBA also sells vacant homes, primarily through the “Building Detroit” auction. Compared to the fluidity of the side-lot program, the auction comes with a high degree of intervention and oversight. Bid prices start as low as $1,000, but come with the stipulation that the house must be up to code within six months of purchase. This is too high a bar for most Detroiters to reach.

Most occupied properties in the land bank were acquired after they failed to sell through the tax foreclosure auction. Prior to its current arrangement with the DLBA, the Wayne County Treasurer offered unsold occupied properties to their residents for $500. The DLBA did not adopt this practice and has been reluctant to intervene with occupied homes at all, presumably because the residents are living there unlawfully and the homes are universally below code. Even the act of determining the occupancy of a home can trigger liability and imply a question for which they have no good answer.

[In another Model D article, Craig Fahle, the agency’s Public Affairs Director, said the Land Bank has a policy of not evicting former owners or renters from its properties]

Approximately two years ago, the DLBA announced the creation of a “buy-back” pilot program for residents of occupied homes. After a slow start, it now has 183 program participants.

The DLBA deserves credit for creating a path to ownership for residents of their homes. However, the occupied homes should be treated as a priority rather than a side project because of the basic rules of triage: a resident’s position in their home is so fragile and the cost of keeping them there is so much cheaper (than, say, a demolition). By not providing a scalable program to stabilize occupied homes, the DLBA has indirectly caused those homes to become vacant, fueling Detroit’s housing paradox and leaving the healthiest patients to expire in the waiting room. 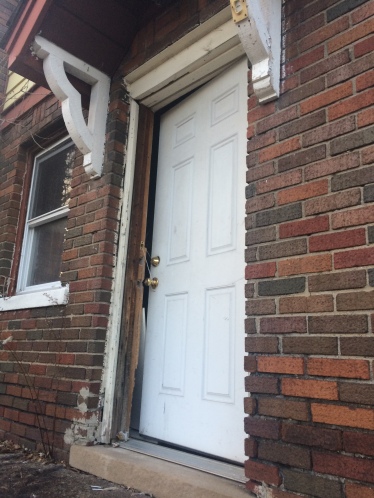 But there is a potentially simple solution to the problem: a “DLBA homestead” program to sell occupied homes to current residents for just $1. It would address the scope and urgency of the problem by ensuring ease and transparency, as with the side-lot program. It would be offered to all residents of DLBA homes who desire ownership and are not guilty of flagrant criminal activity.

This policy would not be based on judgment about the residents or unrealistic expectations of how quickly and significantly these homes can be renovated. It may offer basic education or referrals to local counseling services but will not impose undue burdens on applicants. It may ask residents to affirm that they will occupy the home for a period of time, and it may ask to confirm how long someone has been there, but these details will not be used as stringent limiting factors or the process will become mired in administrative complexities and narrow itself out of relevance.

A homestead program requires a shift in values by recognizing that an occupied home in Detroit is an asset to be cherished and encouraged. It also acknowledges the ability to bring wealth to the city by increasing the assets of current residents. The land bank cannot magically bring wealth to impoverished Detroiters nor whisk houses into perfect condition; but what it can do, right now, is change the name on a deed. This tiny act of radical paperwork can automatically and significantly improve the trajectory of both home and occupant and city.

Enabling residents of DLBA homes to become owners can increase the tax base, support neighborhoods, stabilize schools, reduce demolition, sustain the city population, and prevent homelessness. At scale, this can have a broad and powerfully positive impact.

Some may fear that a practice of offering homes to current residents will encourage squatting and reduce incentive to pay taxes. These arguments bear exploring.

“Squatting” is not necessarily the ill that it is often perceived to be. Filling the void of a vacant home can dramatically improve the stability of a neighborhood, and turning illegitimate residents into owners can have even stronger benefits. It would be a welcome reversal on the trend of the housing crisis that demoted homeowners to renters, squatters, and homeless. 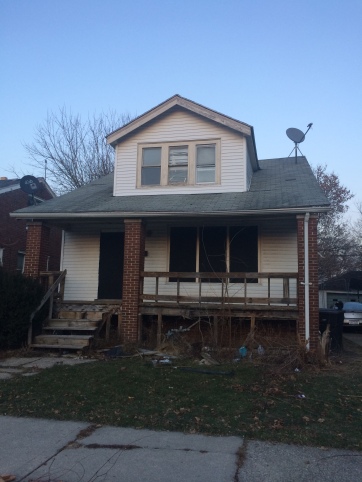 The notion that free-or-cheap housing from the DLBA would reduce tax payment is well-meant but unfounded for a number of reasons. Homeowners who emerge from the homestead program would have a significant incentive to pay taxes to keep their home. But more important, it’s highly unlikely that a homeowner would willingly allow their home to fall to the land bank again (say, by letting it go to tax foreclosure) on the chance they could get it back for cheap. Use of the foreclosure auction as a tax-debt money-laundering scheme is the province of investors for whom one house is as good as any other, not one whose life and future is contained within its walls.

Last year, the city of Detroit sold land valued at one million dollars for $1 as part of an investment in a new hockey arena. The premise of such a sale is that the jobs created by the new facility will yield economic returns in the form of job creation and property value. Without going into the particulars of whether or not such a gamble will pay off, suffice it to say that there is an existing practice of selling land below market value in hopes of a later payoff. The application of this practice is most often limited to deep-pocketed investors: in other words, the people who need it least. The same logic could, however, be applied to the sale of low-value land to customers of fewer means: the ones who need it most.

It is time for Detroit to put faith in Detroiters by investing in them. It is time for residents to get a deal in post-bankruptcy Detroit. Homesteading of DLBA homes can immediately improve the lives of thousands of Detroiters—by giving homes to the people who are already there.

One thought on “Reparations 313”