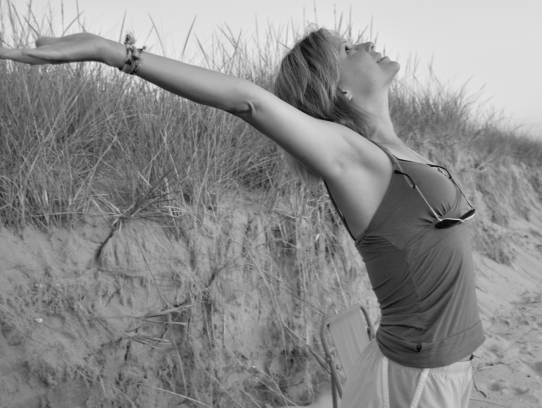 I was halfheartedly listening to the radio a few days ago when a woman, finishing up her interview, declared flatly: “God is on my side.” I punched the radio off and sat in the silence wondering why those words provoked such a powerful irritation in me.

I used to be vehemently atheist and outspoken about it, but now the word “God” doesn’t offend me the way it used to. Now I allow myself the luxury of faith and the gift of prayer. But I still cringe with the irritation of the atheist at the incredible hubris of someone who dares to declare that they know God and hot his endorsement. It feels like the worst sort of name-dropping. It feels like a secret that loses its power as soon as the words hit the air. It makes me sad and angry at the same time.

A “side” is a terrestrial thing it is a construct of the physical world, it does not apply to the divine interconnectedness of life. God has no side, it is deep and round and dimensionless. It is incapable of choosing one person or one concept at the exclusion of another.

The most that any believer can hope for is to be on God’s side, and to be humble enough to admit that they can try, and should try, but will never know fully what that is. As soon as a person claims to know what God wants they must try that much harder to constantly reevaluate and listen to what that might be, because the presumption of knowing God’s will is a great burden.

In my cautious returns to prayer over the last years, I’ve tended to included some version of the request: “God, be with me today.” Now, as my conception of God grows, I’ve started to think that this request is either impossible or at best, very narrow. So now, I’ve begun to ask “God let me with you today.” I wonder if that small change to my request might be difficult, but at least possible, and that’s the first step in having it fulfilled, isn’t it?

It’s easy to pray in the morning, just like it’s easy for me to decide what I’ll have for breakfast and figure out the steps that are right in front of me. But at the day goes on, I become laden down with the confusion of a million permutations of possible thoughts and actions and I get overwhelmed. I lose that prayer-state in a hurry and I have no desire to bring God into my chaos. By breathing, by praying, by asking to connect to that plane of energy so far above me which is somehow accessible with a few slow breaths. I don’t want a God that limits itself to my little world, of sides and edges, I want the vastness of boundless life, the freedom from self, the peace of knowing that I don’t know, and the patience to listen to a radio filled with people who haven’t come to the conclusions that I’ve only just reached and have no business pushing on others anyway.

One thought on “The God Side”