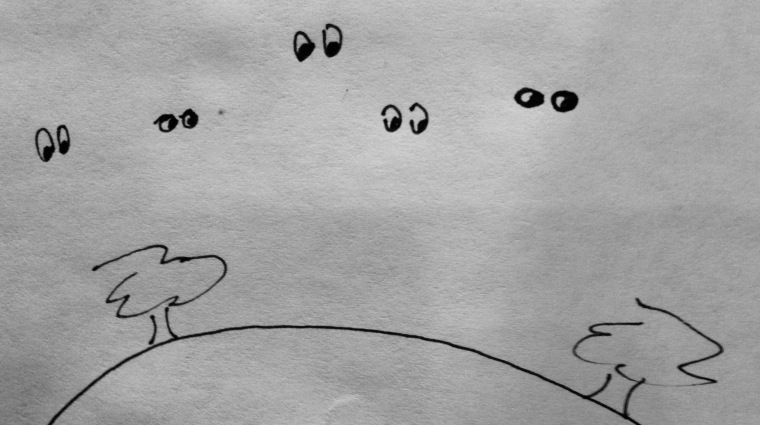 Before there were humans, the earth was a massive vacant stage filled with pleasures and tragedies and experiences that went unrealized with no actors to carry them out. The gods of the outer atmosphere yearned for a way to fill the void, but they were formless and could not do it themselves. And so they created humans in order to experience the physical world vicariously through them.

Each god drew from its own essence to make a human life, an expenditure of energy that took eons to accumulate. So for each person, there was a god and for each god, a person. Every person was loyal to his or her god and, in return, the gods tried to make their people happy. 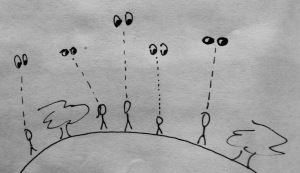 One of the things that made people happy was having sex, so it was not long before they made little humans that needed playing with and caring for and watching over. This created a dilemma, for now there were more humans than gods. And though the gods had created the first humans, the newer humans were only theirs indirectly, so it was not clear to which god each new child belonged. The parents argued and bargained and fretted. The gods pouted and fought and wooed until, ultimately, one of the gods won.

In this way, the one-person-per-god order was utterly disrupted and the era of free-market divinity began. 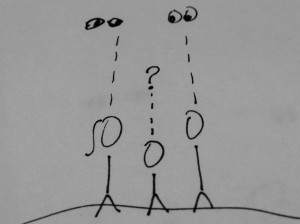 At first, all the gods’ acquisitions were infants, but sometimes people changed their minds and the child converted to his other parent’s god. Sometimes a father would forgo his god in order to share the god of his children and their mother. Sometimes a woman would give up her god before even having children because she didn’t care much for her god anyway.

The gods were eager for more followers, so they devised plans to recruit one another’s people. They belittled one another, they pitted families against themselves, they dabbled in futures by appropriating infants before they were even born.

Overall, it was rather ungodly behavior, but, beyond greed and competition, there is another reason why even the most pleasant of gods was compelled to fight for more humans– they were fearful of losing their connection to earth.

God are superior to human in every respect but the god depends on its followers to maintain a connection with the earthly domain. When a god loses its last follower, it is as though that person releases the string of a helium balloon. Unanchored, the god retreats from the atmosphere on to the swirling outer reaches of the great beyond. It is not dead, but it is very gone. With no chips nor cards to play, god is merely a witness at the great poker table of life, unable to act out its lessons and experiments and experiences through its mortal subjects. 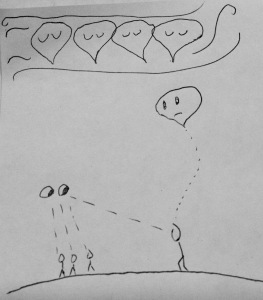 read the next part of the story here

One thought on “just the tip- part 1”