At 10:30 pm on the night of March 7th, I woke up, crawled out of my sleeping bag and, in the light of my headlamp, put on almost every piece of clothing I had packed. This was the night that I would hike from here at base camp to the summit of Mt. Kilimanjaro. I was leaving with the “early group” in solidarity with some of the slower hikers and in an attempt to embrace what was going to be an extremely long climb at any speed. The darkness was intimidating, and I took in what little light I could see as I waited for the others to get ready. Looking down at camp, there was a soft glow from tents lit up like nightlights by the headlamps of other cold hikers within. The camp spilled out into a great valley that contains the city of Moshi over 12,000 feet of elevation and 4 climate zones away. The sky was clear and the crescent moon small enough that the stars shone brightly. I looked in awe at the Milky Way extending boldly into the horizon, the Big Dipper strangely upside-down, and while searching for the Southern Cross, I saw a shooting star. Then it was time to go.

Four of us hikers set off with one Tanzanian guide leading the way. The theme was “pole pole,” which means “slowly slowly” in Swahili. We were heading from base camp at over 15,000 ft to the summit at 19,341 ft. At these altitudes, oxygen levels are 50% what they are at sea level. Each night on the mountain I was surprised to find myself breathless from the effort of zipping up the tent and laying in my sleeping bag. When routine tasks rob you of your breath, the pace of climbing is achingly slow. The summit hike is an act of mental rather than physical endurance: how patient can you be? How committed are you to the crazy thing you are doing? How well can you occupy your mind in the midst of near total blackness and quiet?

In the dark, you can’t see more that a couple feet of the mountain you’re climbing. This is all part of the psychology behind doing the summit hike at night: experienced guides say that if climbers could see how far they had to go, many would give up. The other reason for this tactic is more practical: snow along the path will melt in the light of day and make footing less secure. The last thing you want in summiting the highest mountain in Africa amid thin air and frigid temperatures is to slide backward with every step.

When you travel to a city, the language, culture, and essence of the local people are paramount. But on that mountain, it seemed to me that I could be almost anyplace in the world; there was nothing particularly African about the clouds, the rocks or the wind. On the summit of Kilimanjaro, it is only the presence of the guides that imbues the hikers with a particular sense of place. Guides are like highly experienced camp counselors, they know how to maintain morale. Anonymous voices rose from the darkness singing gorgeous melodies in Swahili. It was enchanting, haunting, uplifting.

Even so, the climb was extraordinarily long and tedious. Without a view of the summit, the best indication I had of my destination was in the tiny beacons of light emitted by the headlamps of hikers who had left even earlier than I. Like miners on a never-ending commute, we trudged along together. But they were a moving target, and on the seemingly endless climb, the gap between us never narrowed.

The Machame Route up Kilimanjaro takes 7 days during which hikers pass through 4 different climate zones, gradually acclimatize, and become acquainted with the different faces of the mountain. Each day includes anywhere from 3 to 7 hours of hiking, and the pace is gradual, with breaks every 45 minutes to an hour for a snack or a visit behind a bush (as the elevation increases, vegetation diminishes, and it becomes increasingly difficult to be discreet). On the summit climb, breaks are infrequent and short- it is dangerous to stand still for too long in such conditions. Hikers take the chance to duck behind a boulder to relieve themselves or steal bites of gummy worms and protein bars. After one such stop, like a kindergartener catching the bus, I pathetically asked a guide to help me fasten my backpack because I couldn’t maneuver with my gloves on.

At some point in the night I went to take a sip of water and found that none came out- it had frozen. This is a common problem that I anticipated. To avoid it, hikers are advised to stash water bottles upside-down, to insulate the water hoses of their dromedary bags and to drink frequently. And yet, when to take a sip of water means stashing your walking poles to fumble with bulky gloves to remove your facemask to expose your mouth, you don’t drink as much as you should. But there is no hiking this mountain without water so I worked to thaw it out by holding the mouthpiece in my gloved hand and sucking as hard as I could to get it moving again. Eventually I succeeded but the effort was exhausting, and created another problem: now I was dizzy and lightheaded.

My ears began ringing, a dull noise that I recognize as the precursor to a fainting spell. I didn’t want to tell anyone out of pride and for fear that they would not let me proceed. When I found myself blinking for what seemed like a couple seconds, I finally told the others that I was concerned. I left my face exposed so I could drink water and the prospect of falling off the face of the mountain if I fainted helped keep me alert.

Along the way my little group would occasionally pass by other hikers. Sometimes they were just taking a short break, but sometimes they were really struggling: one girl faced a vomiting attack, another just couldn’t breathe. Two members of my larger group were Tanzanian women, I’m sure they had never been as cold in their lives and were understandably scared. We were all asking ourselves similar questions in different forms: at what point does hard become too hard?

I have learned from past hiking experiences to leave my watch at home. With a long task before you, it really doesn’t help to count down the seconds. I didn’t dare ask the guides how much farther we had to go because I knew that to hear “4 more hours” would have brutalized my motivation. Knowing we were due to reach summit by sunrise, I kept my eye out for signs of the coming dawn as a more forgiving proxy of my progress. I haven’t watched many sunrises in my life but they always seem to take longer than I expect them to. I estimated that we would have another hour to the summit after the first strains of light started showing, and for a very long time there were no such indications. I didn’t even know where the sun would rise and tried to not to stare too desperately at the horizon.

Then, finally, I saw the grayish yellow murky color ascending. After one more intensely steep ascent, my group found ourselves in front of a green sign indicating our location. Some of us cried, thinking we had reached the summit. But no, this was Stella Point, a more visually compelling apex but not quite the summit. It was here though, with a hint of pigment in the sky, that I finally got a view of my ultimate destination: Uhuru Peak, the summit of Mount Kilimanjaro.

With only 1/8 of a mile remaining, it seemed that we were nearly there. But in the thrashing wind and thin air, it took over 30 minutes. Many in my group found these last steps to be the hardest. I didn’t mind taking it slow though because the views were spectacular. After hours of blackness, I couldn’t fill my eyes enough with the incredible views. Weird patterns of upside-down icicles formed by melting snow framed the glacier in the background. In the distance the clouds below looked like an endless frothy ocean. We cast impossibly long shadows in the early morning sun. We congratulated a stream of hikers returning from the summit and they encouraged us on. Finally, in a burst of joy, I broke out running the last stretch. It was harder than it looked and I arrived at a weak trot but I made it. I made it, I made it, I made it.

The time at the summit was a wind-swept blur. My first inclination was to cry with relief but I was immediately swept up in a frenzy of activity. I boogied with my friends for last segment of our “dance to the summit” video series. I posed for the obligatory photos in front of the official sign. I flew a kite.

According to Wikipedia, only 40% of those who attempt to climb Kilimanjaro actually reach the summit. On March 8th, in honor of International Women’s Day, all 28 of the women in my group reached the summit, a 100% success rate.

Then, with blue lips and burning cold hands, my fellow hikers and I were directed to descend. Our mental fortitude had been exhausted on the ascent but we still had almost 8 more hours of hiking to do that day. First we dragged ourselves back down to base camp for some food and a nap and then we retreated farther to our final camp on the mountain.

Some say God created the earth in one week, but on Kilimanjaro I saw the full spectrum of evolution on earth within the space of a single day. At dawn on the summit was the arctic desert of a glacier- that moonscape of a world where no life existed. Back at base camp, vegetation began to crop up- simple organisms of lichen and mosses covered giant boulders that were spewed out long ago when Kilimanjaro was an active volcano. On further descent there were scraggly plants and desiccated bushes allowing for some vestige of cover during trailside pit-stops. Gradually, the plants grew higher until there were trees standing taller than me. Life forms became gradually more complex and varied until, with dusk, I found myself in a true rainforest hearing the calls of birds and monkeys crashing through trees. When I breathed the air I could actually taste the abundance of life it supported. I doubt I’ll ever witness such an incredible transformation again.

In conversations to come, I imagine I’ll probably render the entire experience down to a tweet-sized memo with statistics or generalities: “I climbed mount Kilimanjaro.” But I hope that I’ll remember it in larger terms: the trip took months to plan, the overall hike took days, the ascent from base camp to summit took over 7 hours, and I was only at the peak for under 15 minutes. The truth is, the summit really doesn’t define my experience any more than a wedding defines a marriage, or a birth defines a life, but, still, those other memories will always be framed around the delirious cold clear glorious apex, and I’m grateful to hold those memories as one of the fortunates who made it to there. 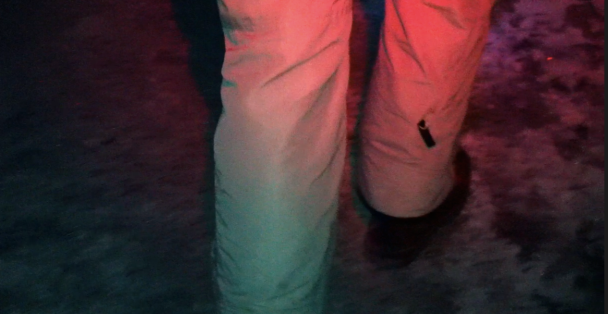 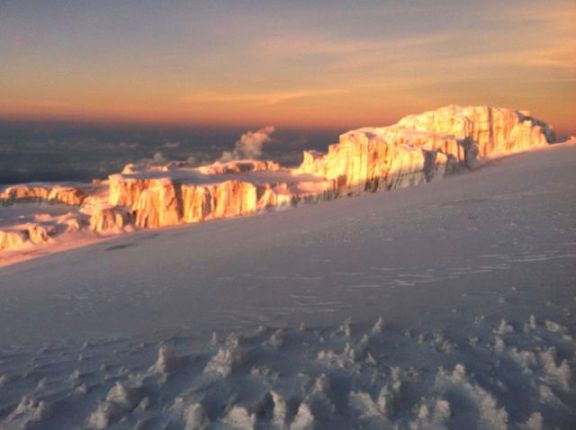